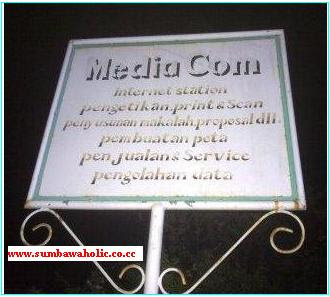 People's lives are now entering the era of globalization and computerization, which every human activity requires and direct influence on the use of information communication technology, in this case the use of computers and the Internet. We can not deny people's lifestyles have also begun to change with the development and advancement of information technology. Use of the internet among the wider community has been very common to be enjoyed by internet users around the world, including in Indonesia. Especially now access the Internet can be done easily without the need for a computer or laptop, but using gadgets such as mobile phones and smartphones, so easily and cheaply available to the public. By using selulaer connection, anywhere and anytime as long as there signals and pulses, we can connect to the internet that has sufficient speed through the facilities of 3G and even 4G is starting to spread to areas particularly in the provincial capital. It also occurred in the town of Sumbawa Besar, use the gadgets to access the internet is also quite high demand, so this is also supporting the growth of Internet users in Indonesia. But despite such progress, we should not forget the past that there is about the development of the Internet in this city, which is marked by the emergence of many Internet cafes in Sumbawa Besar.

When we noticed, the development of Internet cafés in Sumbawa Besar, began there about the year 2004's, with the establishment of figuring out "Gaul" is located near the office of PLN. At that time the internet rental rate per-hour was still about Rp. 11 000, - because the cafe is still rare, but the existence of this cybercafe is not long, because the end of the year 2005, this cafe is no longer in operation. After that early 2006's came a new cafe and operated until now, and even including the oldest cafes in Sumbawa Besar, namely figuring Media Com, located in Mawar street, near a pharmacy Barokah. At this Internet cafe in addition to serving Internet rental services also serve a variety of services, among others, typing, printing, scanning, preparation of the magazine, the proposal, cartography, computer sales, service and data processing. 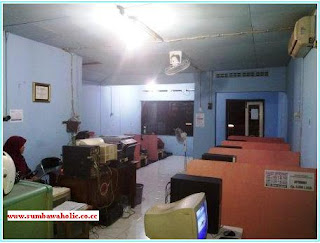 But when we see today, the number of cafes in Sumbawa Besar was very much even reach 50s cafe, on every road - the road in the town of Sumbawa Besar was already standing figuring out, along with the increasing number of internet users, especially among enthusiasts and college students, and ease of getting a connection to an Internet Service Provider. Rental rate internet is inclusive cheap - average Rp. 3000, - s / d Rp. 4000-per-hour, even some that have been put up tarif of Rp. 2000, - per-hour. With the increasing number of enthusiasts and cafes this rapidly what a pity if it is not well by the esely community of Sumbawa Besar City, so it can grow up technological developments and can connect to the virtual world globally. We need to give a high appreciation with the advanced development of internet in this Sumbawa Besar City.

We hope that with the advancement of information technology usage is supported by the existence of this cafe in Sumbawa Besar further facilitate public access to information, facilitate the business community so that eventually will boost the level of welfare of the people living in Sumbawa Besar, which would further add to the prosperity of the people of Indonesia. Training on use of the Internet for business, online trading and as, deserve special attention by the local government, so that people can really take advantage of information technology and get the results and benefits of the use of the internet today. Proceed keeps the Internet world in Indonesia, may enrich the information, increase public income and welfare of the people. Respectfully. 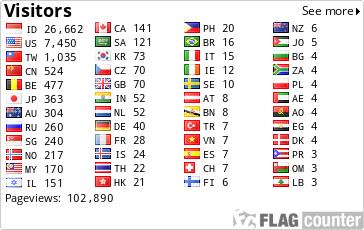