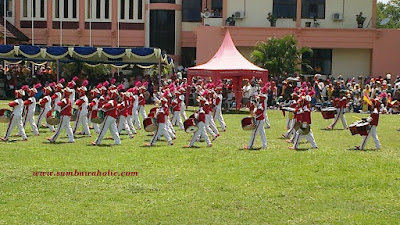 Sumbawa great city which is one of the region began to advance and crowded, certainly do not want to miss the other regions in promoting the development of tourism potential of the area. in addition to improvements in travel infrastructure facilities, also perform a variety of activities that support tourism in Sumbawa. The activities that will be carried moyo festival, cultural parades and so forth. As one of the activities to channel interest in art musical talent, Marching Band Competition held Levels West Nusa Tenggara province, which is implemented in the Sumbawa, starting on October 3, 2016. The event was opened by the release of Heroe's Parade Participant or the front of the guesthouse Regions, through Jalan Hasanuddin, then turn and finish in front of the Regent of Sumbawa. Starting today Display Contest event in the field of Sumbawa Regent Office for the age group of primary school children. While tomorrow is for the age group of children junior high school.

Participants who came this time, came from the island of Lombok, which is from the city of Mataram, West Sumbawa regency, Bima and Dompu, also present participated as a participant, so it looks significant crowds in the city of Sumbawa Besar. Hotel - the hotel is quiet normal day, some days it seemed full stay, because it is booked for a stay of the participants marching band competition coming from outside the city of Sumbawa.
This activity is very positive to channel artistic talent, training mentality and physically, teamwork, and infuse helping each other, collaborate with gender responsive, and train to compete and compete in a healthy, future can be produced children who excel as the future generation. 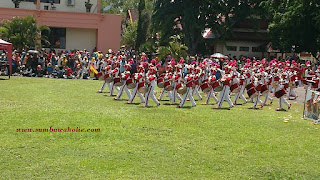 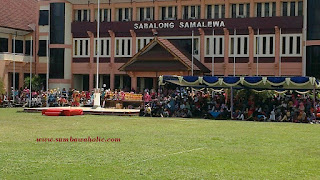 With the holding of this event, it can support the holding of the Festival Moyo, so expect this event, also can attract domestic and foreign tourists. To be more at ease and happy to see the diversity of cultures and activities that aim to enliven tourism in this Sumbawa in West Nusa Tenggara in particular and in general.