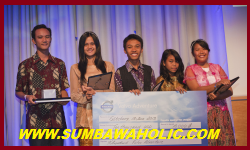 With achieved this accomplishment, we are citizens of Sumbawa in particular and the Indonesian people in general, feel proud at all, because this race is the event at international level, and the research team of sumbawa this is the only team from Indonesia and southeast Asia who participate and eventually win as champions. Children who are forward-thinking, originating from regions in Indonesia, apparently with the ability and the confidence is high, can finally beat jontestan whole host of the research teams from countries in Europe, like the United States, Britain and others , This is a spectacular achievement, which were never imagined sbelumnya, but ultimately can be realized into reality, that the young people of the island of Sumbawa and champions capable of acting on the world stage. 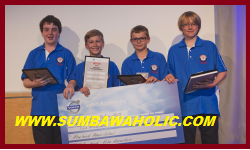 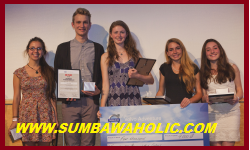 Based Youth Ecogarden, is appointed by the Club title research and activities, so elected to go forward to represent Indonesia in fact represent Asia who escaped into 8 finalists in 2013. For more details, please go to the Winners on the website, www.volvoadventure.org.