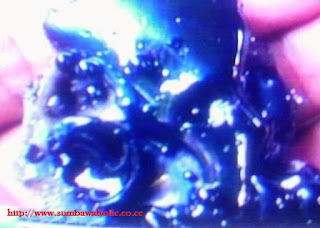 Some time ago we saw the news on television, that at this time there has been a meteor shower that hit the earth, and tangible result can be seen in Indonesia. Perhaps that is exactly like the rain of meteorites, because a meteorite in the universe are celestial objects move randomly, there are regular orbit, but many do not, so this is what led to collide with Earth's orbit circulation. But because God created the earth defenseless in the form of atmospheric layers, particularly the layer of oxygen, then when entering the orbit of the earth, and rub directly with the oxygen it will burn. If the volume of the rock meteorit very large, perhaps despite being burned by oxygen, will still remain large sized anyway remaining until the land surface of the earth, but if not great then up to the Earth's land surface is only small just like gravel or sand even like ash.Why not, a meteorite, although only for a coconut has fallen in the area of Duren Sawit, East Jakarta. But the consequences can be severe enough to destroy three houses in a residential area there. Yet we know the area had a dense settlement, so of course the result was fatal, because the meteorite to hit a few houses there. So that we can imagine how much more awesome would result if that falls and hits greater rock meteorit.

Apparently a few days ago, a meteor shower reached on Sumbawa island, precisely in villages Tori, Wawo district, Bima regency, West Nusa Tenggara. Meteorite that fell there, fortunately happened to an empty land is overgrown with the trees, causing a hole on the ground and burned like fire. Bima City is one of the districts in the island of Sumbawa, they entered West Nusa Tenggara province, about three hundred kilometers east of the town of Sumbawa Besar, and the eastern side is already bordering on Sumba island that are in other provinces, namely East Nusa Tenggara. Although stone meteorites to the surface of the soil is not too large, but also surprisingly enough this event for the residents there, because it included a rare event, but it could also endanger the safety of humans or living beings directly affected. 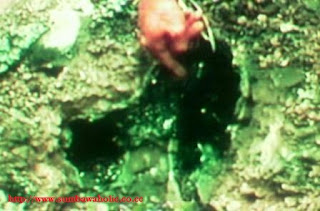 Hitted charred trees, even on the power cord until all is lost. Time - the rest of meteorite that fell was taken by the public for viewing and just save it. Fortunately only overwrite the existing trees on the plantation community, so although the trees were damaged, burned and broken, but do not result in human fatalities. But because the sound effect is quite loud when it hit a tree and the ground, then simply too surprising that there are people in the surrounding area. It eventually became a spectacle and the attention of people around who flocked it to see the remnants of the meteorite, and the consequences thereof, there are just watching it but others took the rest of the meteorite collection and stored. For we know in Indonesia since time immemorial people have known meteorite for various purposes. It is said that our ancestors mainly experts keris, using this meteorite as a mixture of metal which in combination with iron and steel, as well as made in the "prestige" keris. This of course led many people chasing the meteorite so that eventually the price is very expensive, up to millions of rupiah per kilogram. So only those who are rich and collectors are able to have the meteorite stones for a high resale value. Besides allegedly used also for materials to make a ring, agate, beads and so forth, because some people still consider the meteorite that has a distinctive than other rocks, such as having magical powers in because coming from the sky. Perhaps the stones that fell today can be used as research material by a state research institute, making it more useful in the future. Respectfully.