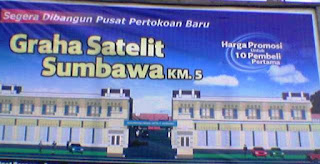 The need for housing for the people, of course, is expected by the people of Indonesia in general. Moreover, the fact that it is a duty of government, as mandated in the legislation. but the government would not necessarily be able to provide to the public simultaneously, due to hit budget problems and bureaucracy. Housing loans are still included expensive upfront, so many people who are middle and lower class can not afford to buy housing for the money DP is still high, eventually only just the rich or the middle class and above who can afford it, even they could have more than one home, while many people are unable to buy a home, so until now and may continue beyond the contract or lease housing as a residence. It is ironic indeed they are expensive housing today, because it may need for the government to make policies that benefit the lower classes of society and to be able to afford a house, perhaps by way of subsidies to DP DP low or even zero percent.

Although it is to realize it tyersebut not easy, but most do not need their ideas and breakthroughs that essentially can provide low-cost housing for the lower class. We are convinced that the government would facilitate and cooperate with Islamic banking, there is actually a gap to do it, so that people can have a home with DP low or even zero percent. It is still being debated it at the moment, but as the need and because of the increasing number of people in Indonesia who have reached 250 million people, of course, not impossible it can be realized. Especially in urban areas increasingly evident housing developments that have penetrated into the suburbs, especially the original merupakanj isolated areas of strategic tetapiu, then developed into housing by housing developers are increasingly mushrooming in Indonesia this amount. This happens also in the town of Sumbawa today, because of the number of housing have also started evenly in the suburbs of Sumbawa Besar.

When you come to Sumbawa Besar town then to live there, you can now find a new residential area of enough, hopely future, because it is a residential area conveniently located lane road Sumbawa - Bima, exactly near the junction between Sumbawa - Bima and Sumbawa - Lenangguar. It used to be that the place is still quiet, even a lot of people when it was offered in order to buy the land at this location will not, because it is considered the place is not nice and uneven because the slope is quite steep, even once only considered a place fit only to tether horses or goats in order eat grass, so if anyone would like of course the price is cheap at the time. But now after being a modern settlement developed by housing developers, then this place is now a place that is pretty crowded, especially its strategic location alongside a road-Bima Sumbawa. As it grows, this location now grown to include an dewn building local legislative Sumbawa, General Hospital NTB provinces on the island of Sumbawa, university campuses, Brimob police headquarters, retail and residential mini-housing alfamart other more and more.

It is a residential area Graha Satelit representative enough, because it has various facilities, including the front there are shops, sports fields, mosque, places of worship and so on. 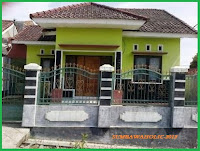 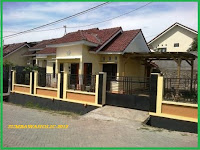 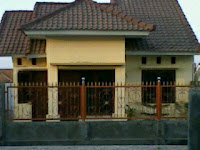 THERE ARE THE FOTO'S 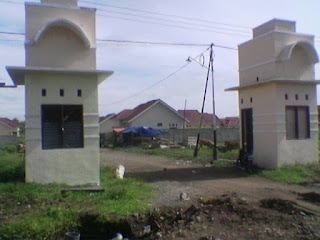 Now, after a few years, housing has been changed quite drastically, everything is in paving blocks, mosque already exists, water and electricity has been smooth, and the people who live there are enough. So one day when you come to town Sumbawa Besar, then headed Bima, so if you have started to leave the town of Sumbawa in five kilometers left of the road, then you will find a row of shophouses, and behind him is this Graha Satelit housing. Maybe if you are interested in having one house lot here, please contact the marketing part, because of the better prospects for the future, especially if it can be realized the creation of the province of the island of Sumbawa, Sumbawa Besar, the city became the capital of the province, which is certainly progress and bustle will be growing and real.