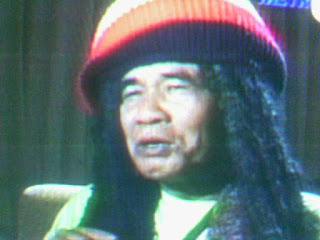 People throughout the country know all Mbah Surip champion, fenomenal artist who has just died, and the way of career street artist. He is full of artists that the art world in the dedication, the style and eksentrik song - reggae song that simple and entertaining, like a song titled "Tak Gendong" and "Bangun Tidur", which currently act as the top ranking, which is in use as Ring Back Tone in the service - Mobile Phones operator in Indonesia.


Champion figure Mbah Surip provide inspiration for many viewers, that the wheel of life is sometimes above and sometimes on the bottom, the realistic life like running water is.
Like the saying says does not know it was love, as well as their possible if we look at this artist, looks simple but is so well known and well liked o9leh community because the innocence and cuteness behavior, as well as the uniqueness and the music simple, easily accepted by the public. So any appearance that's what that is characteristic of this artist, though only briefly, but his contribution to the music world in Indonesia will always be remembered because it is one of the characteristics that may not be owned by another artist. 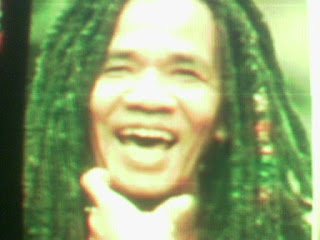 We participated in condolence over his death and pray Surip champion, in the hope that thy soul received in the sight of Allah, with all the your good charity, hopefully heritage songs - songs that you leave, remain immortal in the hearts of your fans. Farewell champion Mbah Surip, keep singing and entertaining in your world now the eternal, to all people. I LOVE YOU FULL. We look forward to seeing and the emergence of artists of other music, which will give distinctiveness and unique, featuring a different variation to the world of music in Indonesia, especially at this time at the national level organized various events search of talented singers by private television stations, by searching through screening in several cities in Indonesia, many obtained popping up artists talented young singers, talented, a good voice, so that eventually terorbit be a famous singer and has been recording the song, the cassette and CD easily obtained. Supported vigorous publicity through television and the Internet, especially social media, it is now easy as if someone has talent, can escape through the selection, enter a contest, and get results quickly, becoming a famous singer and earn a substantial income. Although of course, to get the opportunity is not easy, because it must get rid of the millions of people as a rival to the screening stage and the music contest.