Until now you may not know about the island of Sumbawa, because the name is almost the same as the other islands, namely the island of Sumba. Sumbawa Island is one of the main island and the largest in the province of West Nusa Tenggara, where on the island is divided into several districts and cities, namely in the most western island of Sumbawa is Sumbawa Barat, then shifted to the east will enter the district of Sumbawa. From Sumbawa regency continue east we will find the district of Dompu, then Bima and Bima City. Because of the breadth of the island of Sumbawa then certainly has the potential generated diverse, ranging from agricultural, livestock and mining. Rice paddies and fields and woods that extend broadly provide abundant agricultural products such as rice, corn, green beans, peanuts, pecans, coffee and other agricultural products so on. While the field of livestock Sumbawa famous for horses, cattle and buffalo, as paddocks here is quite broad, and still allowed livestock need not grounded, but still be freely released anywhere. Due to the number of their animals very much, especially the cows, then Sumbawa also earned the nickname of the earth a million cows, because they routinely result sumbawa cattle were taken out of the island of Sumbawa instance to Java and East Kalimantan. While the results of mining sumbawa contain a variety of minerals, such as gold, copper, manganese, and even supposedly produced uranium. Existing mine sites are managed by foreign companies, Newmont of the United States in Batu Hijau in West Sumbawa regency. In other areas, for example in Sumbawa district, namely in Dodo Rinti is said to have a gold content that is not less in number, and only a matter of time to be exploited. While the diversity of its potential, it turns out that other commodities have also been attached to the eyes of people outside the island of Sumbawa Sumbawa, namely the results of Honey and Milk Wild Horses. In addition there are traditional products are quite popular and typical Sumbawa, namely Petroleum products Sumbawa that supposedly efficacious to cure various diseases, because it is made from ingredients natural spices and supposedly no magical power because it is made by traditional leaders or community, and how to make it through the ceremony certain rituals beforehand. For that we present below about commodities is a leading and distinctive island of Sumbawa, namely Honey, Milk Wild Horses and the Sumbawa Oil. 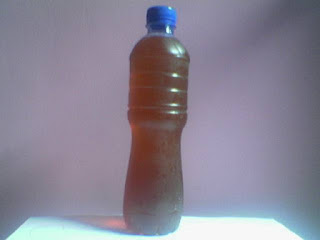 Sumbawa Natural Honey is very popular everywhere, so many people that make forgery. Rates in Sumbawa, perbottle (about 600 ml) ranged from IDR. 75.000, - s / d Rp. 100.000, -, but when it has been in Java, the price can be expensive even for the price of Rp. 250.000, - per Bottle, which is still maintain authenticity and quality, it is because the cost of transportation is rather high. If you search directly in Sumbawa Besar, there are many store sell it or you come directly to the area of Honey, the good results of the forest and the cultivation of honey bees, namely in the area Semongkat, Klungkung District in Batu Lanteh, or even to the island of Moyo. In addition to the usual honey bees, also well known in Sumbawa is produced Honey Black or people in Java say honey Lanceng. Lanceng honey is more expensive than ordinary honey bees, and also more difficult to get, so the price becomes more expensive. But when you come to the town of Sumbawa Besar, also need to be careful because there are many who sell honey, but is mixed with sugar, so need to be careful and seek the patent information, places to buy genuine and pure honey. In addition to the areas mentioned above was, in Sumbawa there are other areas that also produces honey, such as from the area Lantung, Ropang, Lenangguar and the island of Moyo. So almost all regions in Sumbawa extant forest, then that is where the potential to produce honey bees.

Sumbawa Wild Horses Milk is also very famous in Indonesian society, as its adventageus, according to the information, namely in Sukabumi in West Java, produced horse milk in pack, taken with a horse brought from Sumbawa, and will milker in there, and distributed to all indonesia with label Sumbawa Wild horse Milk. For that we should have to maintain purity and authenticity of Sumbawa Wild Horse Milk. actually named wild horse milk because milk is produced by livestock is horses, which way is left free diliarkan memliharanya not grounded, but still no owner. Due to extensive grazing area, the horses were released dialam can freely go anywhere, even far into the mountains, but unique nonetheless be found by the owner when requested. Because free in nature, the food was also still natural for a horse looking for its own, so it is possible because of the influence of natural foods that the wild horse milk mengasilkan Sumbawa, supposedly for health and maintain stamina, and can cure various diseases. Therefore, to get it is not easy, then it might be one of the factors that mebuat sumbawa wild horse milk prices are quite expensive. 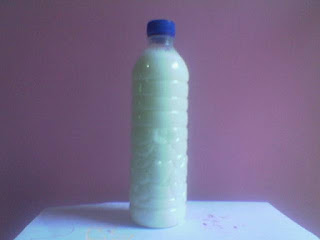 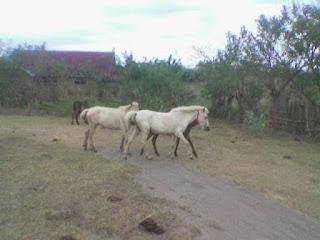 In , Wild Horse Milk price per Bottle (about 600 ml) price range between Rp. 75.000, - s / d Rp. 100.000, - which of course is when the price bounced back due to high transport costs are high enough. If you search directly in , which you can get it on sale at outlets-outlets / shops in the town of or you come directly in Wild Horse Milk area of the Penyaring in Moyo Hilir District or in District Lenangguar Kabupaten Sumbawa. If one day you are visiting the city of Sumbawa Besar and interested to buy wild horse milk, please just can inquire and look at outlets or kiosks in around the town of Sumbawa selling wild horse milk sumbawa. 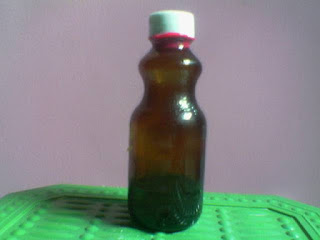 Traditional Sumbawa Oil is also very known by people in , because the various of its adventageus for cure various diseases, so many people who want to get it. So no wonder when there is someone who just arrive from , surely one thing that they ask is Traditional Sumbawa Oil. In the city of Sumbawa Besar, Traditional Sumbawa Oil is sold in bottles that variatif packaging size, the price range between Rp. 30.000, - s / d Rp. 50.000, - and that is the result of the Home Industry is quite special because of raw material in the forests of Sumbawa. In Sumbawa Besar around the city or in rural areas, there are also many people who make Sumbawa Traditional Oil. If one day you are visiting the city of Sumbawa Besar and interested to buy wild horse milk, please just can inquire and look at outlets or kiosks in around the town of Sumbawa selling oil Sumbawa, because the average of the seller put up placards or banners in front of their stalls so easy to find. It is said that the efficacy of Sumbawa Oil, in addition to the treatment of various diseases because it can even be drunk, to massage and massage, meyembuhkan wounds, even supposedly can be used for starting reinforcements. However, it all returned to their respective beliefs, which in essence sumbawa oil has become one of the typical commodity of Sumbawa, decent you enjoy and serve as a souvenir when you visit the city of Sumbawa Besar.