Indonesia is a vast country territory, mebentang from Sabang in Aceh until Merauke in Papua, resulting in Indonesia has a wide range of ethnicities and customs of its people, with a variety of behaviors that vary, but remained within a single unit, the Unitary Republic of Indonesia. Similarly finally on diet and type of food consumed by the people of Indonesia were also different, and ultimately that is what actually makes Indonesia is very rich in the type of cuisine, which became known as the food is typical of the archipelago. Culinary in Indonesia is very much and some are very well known even to admit foreign countries, such as rendang dishes from Padang, Gudheg of Yogya and other sebgainya, mainly introduced through the world of tourism that culinary tourism. Similarly, in West Nusa Tenggara, mainly on the island of Lombok which today is already a major tourist destination in Indonesia, the typical food Lombok also well known in the international community, even Lombok has been recognized that as the Halal World Travel. The impact Lombok International as a tourist destination, of course, also good effect on tourism in the region other NTB is on the island of Sumbawa. because we know it is the largest island of Sumbawa in NTB, that extends from western Sumbawa regency until Bima, of course, the type of cuisine Sumbawa island kghas also vary as well. Type of cuisine are typical Sumbawa mainstay among others Sepat Ikan, Grilled chicken, Singang, Gecok, Rice Banek and others so on, which of course also should be introduced into the world of international due to the peculiarities of taste and delicacy, as in Sumbawa is also promoted as a tourist destination alternate after the island of Lombok. especially in Sumbawa is also supported by the various attractions that are still natural and nice to be visited by the tourists who love to travel. so currently existing in Sumbawa also regular flights Sumbawa, Lombok commute every day, so that the smooth transportation crossings. Similarly, other means eg hotel and inns have also been many, ranging from the expensive to the cheap rates for backpackers. Well on this occasion we discussed a little bit about the typical dishes that  Sepat Ikan and Grilled chicken original from Sumbawa, the following recipes and how to cook it, may be an addition to insights to all of you who like the culinary tourism. Our little bit of this may be useful for you all. 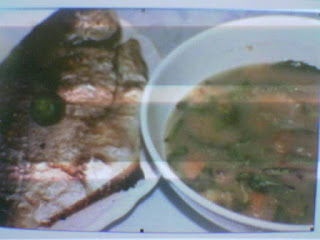 Sepat is typical regional food of cuisine . The fresh sour taste. Usually in the fasting month, a 30-day fasting and 30 days sepat present accompany in dinner. The pregnant woman ussualy like sepat because its sour taste. Sepat is very pupular food in . It is one kind of Sumbawa Traditional Food.

How to eat Sepat:
Do not be drowned in dressing up like eating rice soup, but in a separate meal, rice, with spoon and eat the sepat, that's the way people eat sepat . 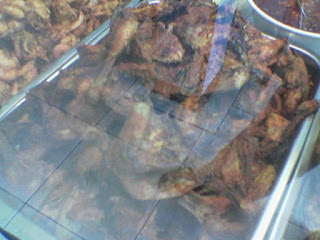 Were Pestle Flavor:
• 4 piece of Red Chilli.
• 3 seed of Garlic.
• 4 piece of Red Onion.
• ½ spoon of Coriander.
• ½ little spoon of Anise.
• ½ little spoon of Caraway seed.
• ½ little spoon of Black Pepper.
• 2 cm Ginger.
• 2 cm Ginger Plant.
• 3 cm Turmeric.
• 3 seed Candlenut
How to make:
• Sauteing the flavor of mashed with oil along with cinnamon, clove, lime leaves, turmeric leaves and lemongrass leaf until fragrant and cooked.
• Enter the chicken, seasoning with saute until half-cooked chicken.
• Add thin coconut milk, lower the fire, cooking until the sauce to stay small.
• Add thick coconut milk cook until sauce starts again dry up, lift cooled.
• After a cold be cascaded entire surface of the chicken with remaining sauce and then burn until the yellow colour.
• Then serve and eated.