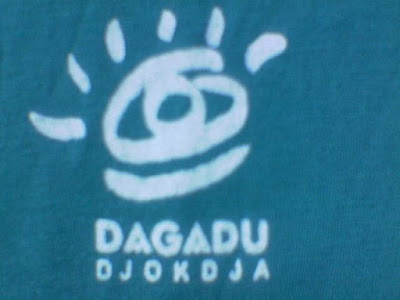 Background I wrote the article about the unique shirts from Yogyakarta this is, for a lot of students who come from areas NTB, especially Sumbawa studying in kola students in Yogyakarta. From about the 1990s, when it first appeared this shirt, which supposedly initiated by UGM Electrical engineering student, is already very often look or a glance to know him. But there are still many students who study there, wondering where the origin of the unique language term that is used and in written on the shirt. It may also be the tourists, especially from America or Europe visiting Yogyakarta, especially the region malioboro often see but not understand the language likal used in the locally made shirts. Maybe you already know and familiar with the local T-shirt made in Yogyakarta, which is made with unique and simple design, but have a typical game of words, using language conversion from Java character. In fact the language has been used there, but truly a new boom and famous after were populer by the existence of a T-shirt Dagadu who became one of the trade mark and Malioboro Yogyakarta and the icons in particular.

Here we can introduce how little of a language that is in use in T-shirt, although simple, can be a nice knowledge and insight we can add, as for this, may have often seen, but not understand meaning.


We know that Java letter consists of 20 letters, namely:


So easily like this, if there is one word will be converted to this language, when the letter is in row the top of the line, then the conversion is in letter the bottom line, and likewise vice versa, when there is a word that will be converted in the bottom of the letter, the conversions are in the top of the letter.
For example like this: MATAMU when converted, become DAGADU, consonant with the notes / consonant and vowel / vowel adjust the converted word, and sometimes particular words is taken just before the letter, Sample said MAS into DAB.


So easy, hopefully be able to add a useful perspective, and may be a time when you come there, can increase familiarity with the people there, of course, many understand the language, be young and Yogyakarta society in general.