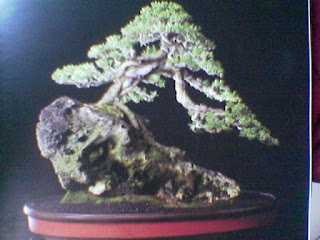 At the present in many televisions channels Manohara news are exsposed., Among the news there is a news about the booming hobby of ornamental plants in Java, and was also the sound was came to Sumbawa, including from the hobby of bonsai plants, Japan Cambodia(Adenium), Aglaonema, and The last plant is anthorium with the Love Waves and the famous Jemanii. But at this time that it is still stable the hobbiest bonsai is a hobby or potting plants in the pot. Bonsai boom time ago the residents had Sumbawa, especially bonsai tree Sentigi or Santigi (Phempis Accidula)

Santigi tree is very popular and sought the criteria on which there is perfect with the criteria of bonsai plants to. Criteria are, trunked able to live so hard and even tens of hundreds of years. Criteria is further plants have leaves of a small support so that's bonsai that are old and experienced drawft trreatment. Other criteria is the plant has the texture of the skin stem spongy or broken in pieces the striking eeriness and old, although in fact the tree was still young. Tree on the island of Java is also the name is different, in the coastal region south of Yogyakarta, people call this tree with the name of Drini tree, so that the island is also called the Drini has no tree, there is also a wood called Kastigi or Setigi. Meanwhile, elsewhere also have, for example, the north coast of Jepara district, Karimun Jawa island, and there are also in the eastern tip of Java island in the National Park area and West Java district Indramayu perhaps this tree have been there also so that there is a village which was named Cantigi village. 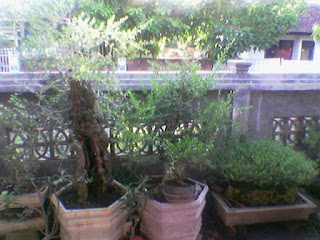 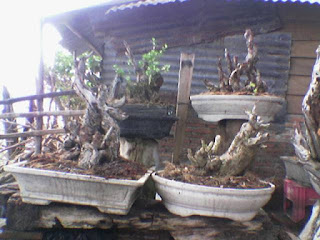 Perhaps also a timber tree Santigi this belief people in district each have a use of property and different in the Yogyakarta and Central Java wood is sought because the wood can be used to handle the keris violence because this wood, there are also confident that this wood to offer can be toxic or anything, and also used for media massage equipment human body. Perhaps in East Java, many also use the wood to make prayer beads, and even sold to Mekah. Once this timber is also examined by scientists, that can be used to neutrilize in pond-pond of shrimp. 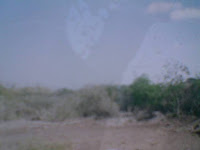 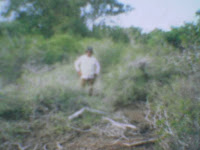 Apparently from various sources that can be trusted, the tree is in the Sentigi Sumbawa, have long since 90an of years, many have been taken by the collector and hobbiest originating from outside the Sumbawa, even in a price that is "so Bonsai" and champion in the contest, it seems to reach hundreds of millions. However, until now in Sumbawa still there are many plants and even still have santigi forests, which are lying scattered areas in Sumbawa, such as in Nangalidam, Rapang, Seteluk, Pasir Island, Panjang Island, Moyo Island, and still more, the spread in the islands of Sumbawa.
So if you are a fan of bonsai in Europe and the United States, if you want a typical bosai Sumbawa is stanaman Sentigi, silahkandatang to Sumbawa to get the plant, which still can be found easily and cheaply, depending also on the shape and beauty. So if you have not been admitted as a collector of bonsai, bonsai tree but have not memilikli Sentigi please we are waiting for his arrival to Sumbawa, bonsai hobbyists and trainer of Sumbawa ready to help you to be able to have it.